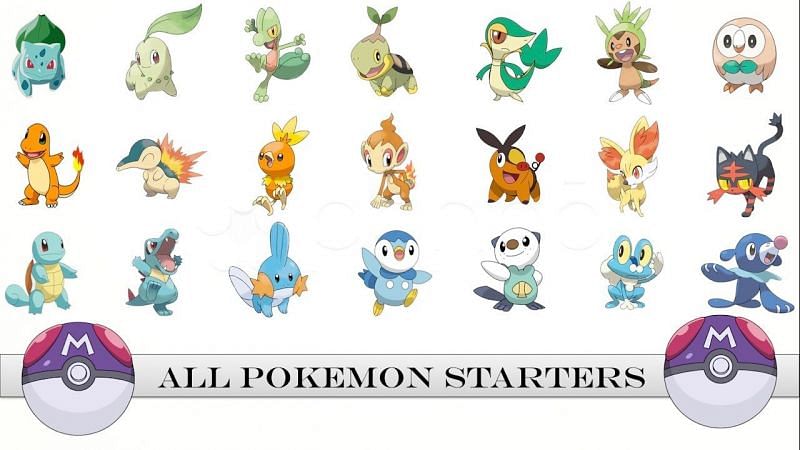 Starter Pokemon are the most iconic in the franchise, being the first partners that trainers will ever have.

Pokemon fans have fond memories of selecting a Charmander or Froakie and going on an adventure. Those Pokemon were some of the best starters in the series.

There are others that don’t meet the standard set by the many other starter Pokemon. In fact, they would be better off in the wild than being a starter at all.

Note: This article is subjective and reflects the opinion of the writer.

Top 5 Pokemon that shouldn’t have been starters

A lot of Pokemon often find themselves copied in a way. Just ask Pikachu. There are a ton of Pikachu “rip-offs.” Bulbasaur eventually saw that issue with Turtwig.

Turtwig was not a direct imitation of Bulbasaur, but its evolutionary line is far too similar. As a starter, it is the least popular of its generation and would have been better off copying Bulbasaur in the tall grass.

Litten doesn’t quite fit in with the other starter Pokemon of its generation. At first, Litten is a bit plain. It eventually evolves into Incineroar. Incineroar is a mighty battler and powerful Pokemon.

Its humanoid nature is just vastly different than the final forms of Rowlet and Popplio. Litten and its evolutions could easily have been an early encounter Fire-type.

Snivy is one of the more boring starter Pokemon. Even after evolving, it doesn’t really stand out. Serperior is pretty underwhelming when compared to Emboar and Samurott.

Snivy is a pretty elegant creature, and that has given it a fan-favorite status. Regardless of that, it would be better off as a wild Pokemon. It being a starter seems out of place.

Torchic as a starter is the beginning of an overpowered journey. Everyone knows what Blaziken did to the meta of competitive Pokemon battling. Blaziken, to this day, may be the most powerful starter Pokemon of all time.

In reality, if Torchic and Combusken did not exist, Blaziken would be fine. Being a pseudo-legendary that is hard to come by would suit it much better.

The Let’s Go series is a bit of a stain on main entry Pokemon games. They weren’t bad, but they were definitely not the type of game that Pokemon fans were expecting.

In Let’s Go, Eevee! the starter was, of course, Eevee. It could not evolve, however, much like Pikachu refuses in its Let’s Go game and Pokemon Yellow. Having an Eevee with so many evolutions available but being unable to access any of them is a bit silly.